Here in Wisconsin, the Republican controlled legislature has refused to do its constitutional duty and check the lawless decrees of our Democrat Governor, Tony Evers.  This has been the case across America.

James Madison, the architect of the U.S. Constitution declared when one branch (or branches) of government begins to play the tyrant, the other branches “have the right, and are duty bound, to interpose for arresting the progress of the evil.”  Yet not one Republican legislature has interposed. None has arrested the progress of evil.

Here in Wisconsin, the Republican legislators have lied about Wisconsin statute 323.10 since the tyranny began last March. The conservative talking-heads have provided them cover all along the way.  The legislators (and their pathetic lawyers) assert that 323.10 only allows the legislature to stop the emergency order of the governor after 60 days. But this assertion is false.

We are a government of checks and balances. We would never give one man – the governor – unlimited, unchecked power for 60 days. And because the legislature sits in cowardice, the tyrant has been emboldened. Governor Evers decided to declare another 60 day emergency order.  And the Republican legislature still refuses to do their constitutional duty and check his lawlessness.

Joint Rule 81 of the Wisconsin Legislature allows any legislator to submit a petition to assemble either the Senate or the Assembly to call a special session to check Evers, yet not a single legislator has done so. All point the finger at each other while none plays the man; none demonstrates leadership.

Their inaction reveals: if the people think that the Republicans are going to do their duty and protect them against tyrants and tyranny, they are living in a fantasyland.

The Republicans will not do their duty. They will not use their authority to stop the evil and protect the people. They will not interpose. They are the worst of men.

And this glaringly reveals why America’s founders always put the onus on the people themselves to preserve their freedom and liberties; to secure their constitutions and government polity.

The sad thing is the state of the people themselves is weakness and indifference. Frankly, it is even worse than that. The people exhibit blithe compliance to their governments.  Covid has revealed all this.

The vast majority of Americans can’t conceive of inconveniencing themselves to defend their freedom. Their self-absorbed, myopic, materialistic, “me, myself and I” world cannot be bothered by such frivolities as freedom, liberty, honor, God.

Men fought, bled, and died for the freedom and liberties we once possessed as a nation, and we have been glibly giving them up for generations now.

“The people” are going to have to sacrifice now in hard ways to correct the statist evil or else live as abject slaves to the state.

Patrick Henry declared at the Virginia Ratifying Convention of 1788, “Guard with jealous attention the public liberty. Suspect everyone who approaches that jewel. Unfortunately, nothing will preserve it but downright force. Whenever you give up that force, you are inevitably ruined.”

Thomas Jefferson stated, “What country can preserve its liberties if their rulers are not warned from time to time that their people preserve the spirit of resistance? Let them take arms.”

Hard to see Americans understanding the importance of these statements as they wear their masks and stand on taped spots like obedient circus tigers.

Republican legislatures refusing to uphold their oaths of office to their state Constitution and laws will lead to either bloody revolution or enslavement of the people. Tyranny must be checked.  The people need to rally to the few good magistrates that exist in this country.  The magistrates need to do their duty of interposition.

“A nation of sheep will beget a government of wolves.” – Edward R. Murrow.

Matt Trewhella is pastor of Mercy Seat Christian Church (MercySeat.net); founder of  Missionaries to the Preborn (MissionariesToThePreborn.com); and author of The Doctrine of the Lesser Magistrates (DefyTyrants.com).  He and his wife, Clara, have eleven children and twenty-two grandchildren, and reside in the Milwaukee, Wisconsin area. 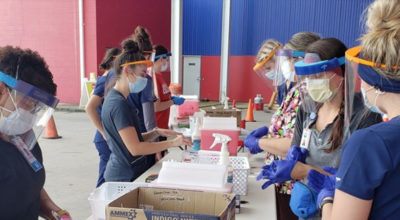