Tonight I took my 3 minutes in the public venue to ask city council to respect the rights of the people to be free from warrantless arrest.

My exhortation follows an April 15 administrative notice to City of Chattanooga and to its attorney, Phil Noblett.

The problem is that the police reject the plain meaning of the statute and operate under a construction of the law which violates the constitutional prohibition against warrantless searches.

The constitution at Article 1 Section 7 prohibits warrantless arrests. But the General Assembly, in its wisdom, over the years has written exceptions into the statute as against constitutional rights.

I told the city council to respect the proper definition of the term “public offense,” which is narrow, as opposed to the use by the city, which is broad. The reinterpretation allows for unlimited warrantless arrests without regard to the statute. As I point out in a cover letter, the reinterpretation of “public offense” into “any crime” makes null the rest of the law.

Why, if one can be arrested at any time by the officer if you are in his presence, have a statute enumerating the limited instances when he can arrest you without a warrant?

I tell city council the law allows for warrantless arrest in cases of stalking, domestic abuse, suicide, traffic accidents that involve DUI and flight. This is the enumeration part of the law.

In the unenumerated part of the law, one can be arrested without a warrant for felony, public offense or threat of reach of the peace committed in the officer’s presence. These are the types of offenses for which one citizen can arrest another. These are crimes “that contains the elements of visibility, disturbance of the peace, uproar, threat, intimidation, spectacle, disturbance. It is akin to disorderly conduct,” according to my administrative notice.

The problem is in the broad definition of public offense. When police interpret public offense to mean any crime, they allow themselves to arrest the person without first having to go to the magistrate to get a warrant.

That inconvenience is part of our constitutional protection of the citizen. That trouble and complication of job is a protection done away in practice.

Warrants are judicial approval of an officer/accuser’s sworn statement of the commission of a crime or offense. They look forward and give permission. Judicial approval must come before the arrest, not simply ratify it later.

I didn’t have time to add to the warning that appeared in my letter: Namely, that with notice abuse of the statute gives aggravated grounds for civil damage claims. It’s one thing to be falsely arrested because the officer and his employer didn’t have a clear idea about the law. It’s much worse than you are falsely arrested by parties knowingly and intentionally violating the law. That aggravating circumstance gives your claim much more value when the jury awards damages and punitive damages. 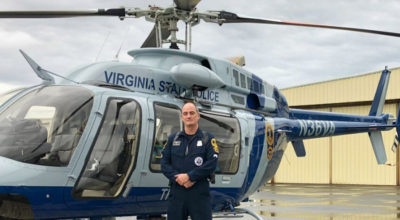