New York’s stop and frisk program was ruled unconstitutional because it lacked probable cause for the seizure of any single person. (Photo Alan.com)

Despite a rancorous campaign season, there is at least one belief that Donald Trump and Hillary Clinton share: Americans have far too much liberty when it comes to firearms and due process.

Between Sec. Clinton’s resurrection of the failed proposal to ban people on terror watchlists from buying guns and Mr. Trump’s advocacy for a nationwide “stop and frisk” anti-gun campaign, gun rights and due process took a beating last night.

No Fly, No Buy

First of all, I agree, and a lot of people even within my own party want to give certain rights to people on watch lists and no- fly lists. I agree with you. When a person is on a watch list or a no-fly list, and I have the endorsement of the NRA, which I’m very proud of.

Preventing people on the terror watchlists from buying guns has some intuitive appeal, and “our opponents want terrorists to buy guns” is a whopper of a sound bite. But any cursory examination of the watchlisting process reveals the deficiency in this proposal.

First and foremost, there is a vast chasm between “terrorist” and “person on a terror watchlist,” and due process exists precisely to prevent that chasm from swallowing our liberty whole.

The process is intentionally overbroad, and designed to sweep up people the government knows it cannot act against.

People, predominantly members of our Arab, South Asian, and Muslim communities, are added to the terror watchlists without so much as a notice. They aren’t entitled to a hearing, they aren’t allowed to see the evidence against them, they aren’t allowed to challenge witnesses or question the government agent responsible for nominating them to the list. Even if a watchlisted individual manages to clear his/her name, it can still take years to be removed from the list. The process is so rife with errors that people such as the late Senator Ted Kennedy and sitting Congressman John Lewis (D-GA) have ended up on the list. I’ve previously written about this issue here and here.

In the eyes of No Fly, No Buy advocates, the lack of process protections is a feature, not a bug. “Due process is what’s killing us,” lamented Senator Joe Manchin (D-WV) while advocating for the policy. Senator Chuck Schumer (D-NY) insisted that requiring probable cause before people lost their gun rights would defeat the entire purpose, as “if the FBI had [enough] evidence [to establish probable cause] they would have arrested the person to begin with.”

In other words, the process is intentionally overbroad, and designed to sweep up people the government knows it cannot act against.

The proposal is so deficient that even organizations such as the ACLU, not known for its zealous defense of gun rights, have gotten involved. Just last week I spoke on Capitol Hill about the dangers of No Fly, No Buy, alongside Chris Anders of the ACLU and Congresswoman Debbie Dingell (D-MI) at an event hosted by the Arab American Institute.

As the broad coalition of opponents emphasizes, No Fly, No Buy is a fundamentally deficient, discriminatory, and unconstutional policy. That it still enjoys the support of Sec. Clinton and Mr. Trump is cause for concern.

Donald Trump, who received the endorsement of the National Rifle Association, further positioned himself as a due process and gun rights antagonist by repeating his earlier call for the imposition of a nationwide stop and frisk program, with an eye toward confiscating firearms.

Contrary to Mr. Trump’s denials, stop and frisk was indeed ruled unconstitutional by at least one federal court. That ruling is correct. Stop and frisk, as practiced in cities like New York and Chicago, refers to police detentions and searches of people with virtually no individual suspicion of wrongdoing. Advocates of the program insist that the Supreme Court’s ruling in Terry v. Ohio, allowing frisks where the police can articulate reasonable suspicion of criminal behavior, supports the practice, but that’s a far cry from the standard the NYPD used for years.

Police routinely cited “suspicious” behaviors such as “fidgeting,” “changing direction,” “looking over his shoulder,” and “furtive movements” to justify stops and searches of innocent New Yorkers. And the brunt of this policy was disproportionately borne by people of color (roughly half of the stops targeted black citizens, and roughly a third targeted Hispanic citizens, despite the fact that stops of white people were more likely to produce contraband).

Mr. Trump insisted last night that only “bad people” would risk having their guns taken or being harassed under a nationwide enactment of the program, but the numbers tell a different tale. Under stop and frisk, New Yorkers were stopped hundreds of thousands of times each year. Before the program was reformed in 2013, between 85% and 90% of those hundreds of thousands of stops uncovered no wrongdoing at all. In other words, the vast majority of people who were detained and searched by the government were not “bad people,” they were innocent New Yorkers going about their day.

Innocent gun owners should not have to fear random, suspicionless searches when they walk down the street. In addition to the constitutional violation, the potential for unjustified interactions to needlessly escalate into violence should be on everyone’s mind as we continue to grapple with the role of police in society.

Mr. Trump also played loose with the crime data regarding the efficacy of the program. As the NYPD itself points out, the decline in crime Mr. Trump attributed to stop and frisk actually began before the program was implemented, and continued after the program ended.

Neither suspicion-free searches of citizens nor process-free no-gun lists are viable solutions to what Sec. Clinton referred to as the “gun epidemic” in America, and both policies promise to violate the rights of thousands of innocent Americans. 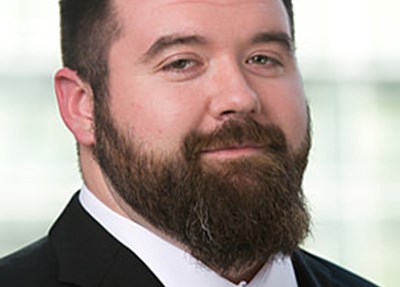 Adam Bates is a policy analyst with Cato’s Project on Criminal Justice. His research interests include constitutional law, the War on Drugs, the War on Terror, police militarization, and overcriminalization.

This article was originally published on FEE.org. Read the original article.