A police officer stops a traveler to enforce the state’s commercial motoring regime on members of the public. (Photo wrcbtv.com)

How could that happen in this country?

In the wake of the tragic deaths of Eric Garner, Tamir Rice, Walter Scott, Eric Harris, Freddie Gray, and others at the hands of police officers, it’s a question that many Americans are asking themselves.

It’s a question that the Institute for Justice is familiar with. In 2005, we litigated the case of Kelo v. City of New London, which dealt with the question of whether a private developer, exercising the government’s power of eminent domain, could bulldoze an entire working-class neighborhood for so-called “economic development.”

The Supreme Court said yes. And Americans were outraged — how could that happen in this country? Susette Kelo, who lost her home, might not seem to have much in common with Freddie Gray, who lost his life. But both were victims of unchecked government power.

For decades, we have had rights without remedies.

The sad fact is that is often effectively impossible to hold police officers accountable for unconstitutional acts. That fact is attributable in large part to a potent well of unchecked power that many Americans have never heard of.

Section 1983, the federal law that allows citizens to sue for constitutional violations, is broad, unequivocal, and unambiguous. It says that “every person” who is acting “under color of” law who causes a “deprivation of any rights… secured by the Constitution and laws” “shall be liable to the party injured.” Section 1983 embodies a foundational principle of justice that resonates with Americans who have never heard of Marbury v. Madison: where there is a right, there is a remedy.

But for decades, we have had rights without remedies.

In the 1967 case of Pierson v. Ray, the Supreme Court held that police officers sued for constitutional violations can raise “qualified immunity” as a defense, and thereby escape paying out of their own pockets, even if they violated a person’s constitutional rights.

This decision was unabashedly policy-oriented: it was thought that government officials would not vigorously fulfill their obligations if they could be held accountable for actions taken in good faith. Under current law, the general rule is that victims of rights violations pay the costs of their own injuries.

In practice, qualified immunity provides a near-absolute defense to all but the most outrageous conduct. The Ninth Circuit has held that throwing a flash-bang grenade “blindly” into a house, injuring a toddler, isn’t outrageous enough. Just last year, in Plumhoff v. Rickard, the Supreme Court decided that firing 15 bullets at a motorist is a reasonable method to end the driver’s flight from the police. So much for “every person” “shall be liable.”

Qualified immunity shields police misconduct not only from liability but also from meaningful judicial scrutiny. Private lawsuits are an essential tool in uncovering the truth about police misconduct. The discovery process can yield information that makes broader policy changes within police departments possible. At trial, judicial engagement — an impartial, evidence-based determination of the constitutionality of the officer’s actions — can take place.

Qualified immunity can cut this search for truth short. If qualified immunity is raised as a defense before trial and the judge denies it, that decision is immediately appealable. If it is granted, discovery stops, and there is no trial on the merits.

What needs to happen?

Simply put, qualified immunity has to go. It should be replaced with a rule of strict liability for bona fide constitutional violations.

There are a variety of possible rules. First, police officers could be held personally liable for any rights violations. They’d need to carry personal malpractice insurance, just like lawyers, doctors, and other professionals. Insurance companies are qualified and motivated judges of risk, and they would provide another reasonable level of scrutiny on police conduct, policies, and training.

Second, police departments could be held liable for any rights violations by officers and punitive damages could be assessed against individual officers for particularly outrageous conduct.

Third, police departments could be required to insure officers up to a certain amount — officers would have to purchase insurance to cover any costs in excess of that amount.

As ambitious as these reforms might seem, never underestimate the power of widespread public outrage. In the case of Kelo, the Court’s cavalier treatment of property rights led to a number of laws protecting citizens from eminent domain abuse in states across the country. Here, too, the public can force legislators to respond.

The question of how to ensure that officers exercise the authority delegated to them with the proper vigor, while also keeping them within the limits of that authority, should be left in the first instance to elected officials — subject to constitutional limits and the requirements of valid federal laws (like Section 1983).

Qualified immunity enables officers to flout those limits and those laws. We must replace the judicially-invented impunity that police officers currently enjoy with a realistic avenue for the vindication of constitutional rights.

This article was adapted from remarks delivered before the US Commission on Civil Rights on April 20, 2015. 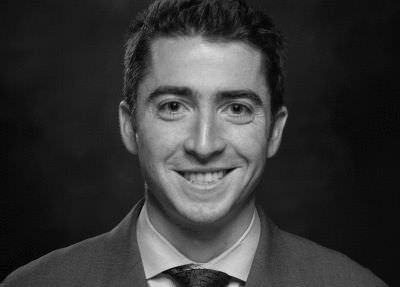 Evan Bernick Evan is the Assistant Director of the Center for Judicial Engagement at the Institute for Justice, a libertarian public interest law firm.

This article was originally published on FEE.org. Read the original article.